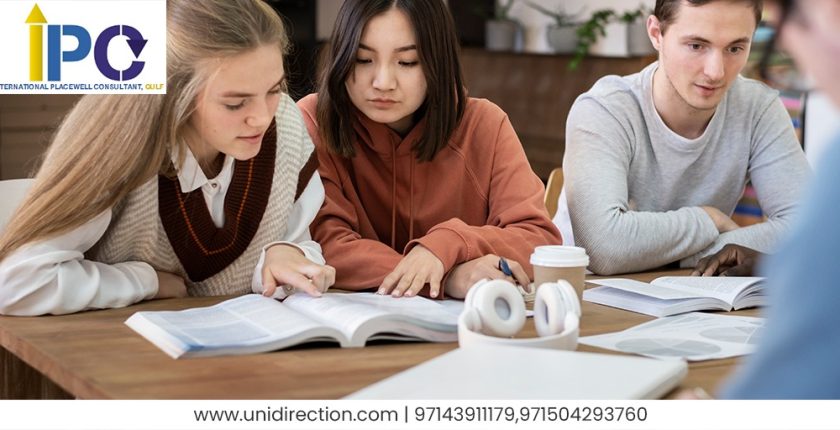 Are you considering studying abroad in Dubai? Everyone has heard of Dubai. Due to its explosive growth in trade, oil, and business, Dubai, one of the Emirates in the United Arab Emirates, is known as the “Golden City.” In Dubai, there are many peculiar things, including camels, sports cars, and culture, It’s like a different city, one of the most modern and forward-thinking cities in the world, with top-notch amenities, infrastructure, and a prominent place in the international corporate sphere. Consider these convincing arguments for attending university in Dubai.

One of the Fastest-Growing Economies in the World

Out of more than 300 metropolitan economies, Dubai’s economy is growing at the fifth-fastest rate in the globe. The best feature is that you can get the chance to study in Dubai. This rapid economic growth is attributed to the expansion of trade and tourism, both of which are promoted in Dubai.

You probably know how powerful Dubai’s economy is. In this economy, you won’t have any trouble getting work once you’ve finished the course. As soon as you arrive in the city, you’ll see that it’s home to well-known companies like the BBC, Sky News, AP, HP, and others.

The political structure in Dubai is secure and stable, even though we cannot say the same for the Gulf States. Numerous international students are persuaded to study abroad in Dubai due to its political stability. In addition, Dubai enjoys cordial and secure relations with other cities and nations. There is no chance of upcoming instability as a result.

As a well-known travel destination, Dubai draws a lot of renowned people, influencers, athletes, and other motivating figures from all over the world. There will definitely not be any dull moments here that go without saying. The city’s wealthy emirs also frequently hire the best performers for themselves and similar events.

There is no denying that having people from more than 100 different nations in one place leads to a diverse spectrum of perspectives, styles, ideologies, and dialects. According to surveys, foreigners from all over the world make up the remaining 80% of the national culture of the territory, with Emiratis making up only 20% of its total population. On the streets, you might hear people speaking in English, Arabic, Farsi, Urdu, Hindi, or even Tagalog. Students leave Dubai with a treasure trove of unforgettable experiences.

We might conclude from this that you are aware of the potential for your career to rise in Dubai. We don’t want to restrict your options. We want you to soar high over the Burj Khalifa. Numerous students have received help from Uni Direction in achieving their dream of studying abroad in Dubai. So why are you delaying? Get in touch with us right away!