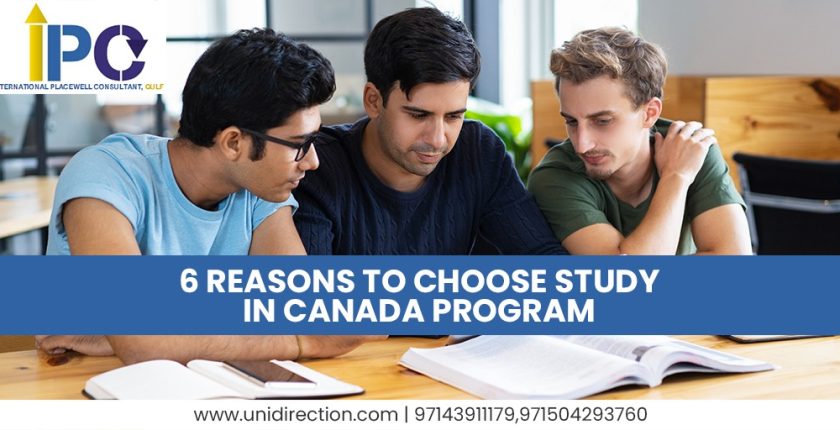 If you are a student interested in studying abroad, there are numerous advantages to studying in Canada. Furthermore, these advantages are not available anywhere else if it is not Canada. It is regarded as the best country in terms of quality of life, as well as one of the best study abroad locations for international students! When it comes to higher education, Canadian universities are world leaders. So, in this article, we’ll go over some of the reasons why you should study in Canada.

Canada is regarded as one of the safest countries in the world, with rigorous laws in place to safeguard its inhabitants and residents. I will not add that it is the highest-quality-of-life country in the world. You will have the same rights as Canadian students as an international student.

The world will open its arms to you after you graduate from a Canadian university. When it comes to academic performance, Canadian universities are world leaders. They have a high graduate employability rate, which will help you find work at large corporations throughout the world.

Canada’s student life is dynamic and one of the most sought-after in the world. There are several clubs, student communes, part-time job options, field work, and other activities available. They’ll be entertaining as well as useful. You learn how to communicate, express your creativity, increase your self-confidence, and acquire topic knowledge and abilities.

The post-study employment permit for international students in Canada is another impressive feature. With the help of a post-study work visa, you can stay and work in the country for up to three years. Meanwhile, residing in Canada for three years after completing your studies qualifies you to apply for permanent residency.

One of the most compelling reasons for overseas students to study in Canada is that it is one of the most straightforward countries in which to obtain permanent residency. The government of Canada makes it easy for international students holding a Canadian degree to settle in the country.

Canadian institutions are world leaders in higher education thanks to their study in Canada program. So, if you’re interested in studying in another nation, get in touch with us right away!